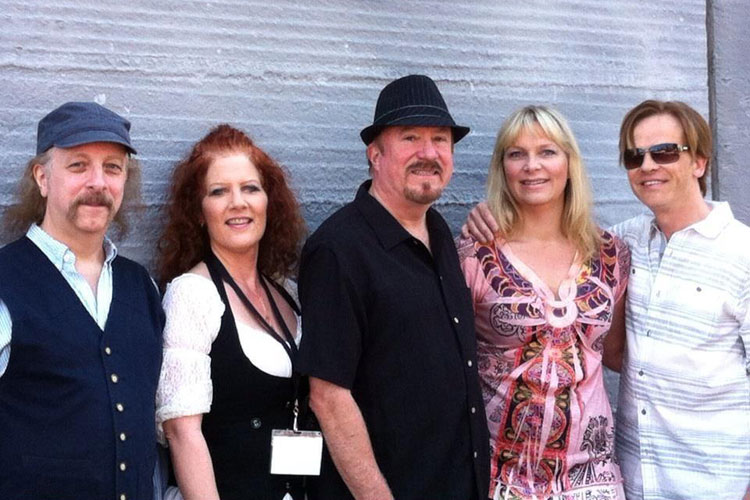 In 2012, Mike checked an item off his bucket list: to create a live performance of his original music that sounded like it did on his previous recordings, complete with female vocals and keyboards. The concert was so successful that Mike decided to form a show band, naming it DUGAN THOMAS. With the fuller sound and great chemistry of the new band, Mike wrote and recorded new songs to feature the female vocals, and expanded his older material to include extended jams with keyboards. Mike made DUGAN THOMAS his primary vehicle for the next 3 years, playing exclusively at festivals and special events, and recording a live DVD/CD set which is now out of print. The highlight of the DUGAN THOMAS era came in July 2015 at the Sourland Music Festival, when they played a smoking hot set to open for Canned Heat.

Here’s DUGAN THOMAS rocking a crowd of 2000 at the Blues, Brews & BBQ’S festival in Allentown, PA: